Earlier this week, as Gerard Pique, a Barcelona and Spain international, turned up for training, he was booed by some fans chanting “Pique, a**ehole, leave the national team” in their native tongue. This may not be unconnected with the fact that the defender has been very outspoken on social media concerning the Catalan referendum which the Spanish government has labelled ‘illegal.’ The player was born in Barcelona, a province of Catalonia.

Pique had  offered to resign from the national team, a decision that did not go down well with some Spanish fans who kept on whistling and hollering throughout training.

Team Captain Sergio Ramos whom Pique has clashed with in the past tweeted after training: “Pique’s tweet was not the best thing to do if he doesn’t want to be booed.

“Everyone is free to say what they think, although as a captain I’m always concerned about the atmosphere in the team and Pique knew what he was doing. Maybe it wasn’t the right time to do that and it doesn’t help a lot.”

As a result of the reaction, perhaps, Pique changed his mind, saying he is committed to his country.

The defender spoke ahead of Spain’s next World Cup Qualifier against Albania. 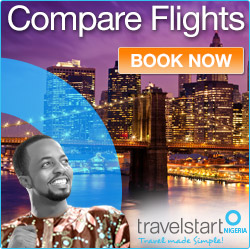 “Since the beginning of the situation, to have fans that usually cheer you whistle and insult you, has been very difficult.

“But it is impossible to question my commitment since the age of 15. I consider this a family and it is one of the reasons why I continue here.

“I have said it many times, I am very proud to be part of the Spanish selection and a group capable of winning all the titles here. I’m here to make myself clear and because the coach asked me to.

“I’ll try to help the team in any way I can. We have to focus on trying to win three points against Albania. We would be almost qualified,” he said.